Music can have a powerful effect on us all. Whether it’s pumping adrenaline from your favorite rock anthem, a soothing relaxation from a classical number, or a little lift from a bouncy country tune, music can really affect our mood and behavior. Studies show that music can even help individuals with Parkinson’s or after a stroke because it stimulates lost neurological deficits, like verbal control. While we know the powerful effects music can have on people, the question arises: what about our furry companions? Can music have the same effect?Dogs have much better hearing than us. In fact, they can perceive frequencies almost twice that of humans and can hear sounds approximately four times farther away. Ever wondered why your dog bizarrely runs to the front door frantically before you ever hear the doorbell ring? What could they possibly have heard that you didn’t? Well.. turns out a lot! People are able to perceive frequencies of sound waves between 20 to 20,000 hertz and from about 20 ft away, our dogs can hear hertz up to 40,000 and can listen to sounds up to 80 feet away. It can be easy to forget how this may affect our dogs. As they have little control over their environment and with their increased sound sensitivity, music may have a greater effect on dogs than we ever imagined.

Dog behavior does appear to be affected by music. Classical music has long been a genre found to have a positive effect on canine behavior. Research by veterinary neurologist Susan Wagner determined that classical music had a calming effect and lowered the heart rates and brain activity of dogs in her study. Deborah Wells, a psychologist from Queens University played music for shelter dogs in different genres and also found that classical music provided a soothing effect. Furthermore, dogs in kennels were most likely to sleep when listening to classical music, as described in a study in the Journal of Veterinary Behavior

You don’t have to look far to see the effects of classical music on dogs for yourself. A YouTube video went viral in 2017 when a stray dog in Turkey appears out of nowhere in the middle of an outdoor classical concert. The elderly dog walked to center stage and plopped down next to a very surprised looking violinist. An entirely voluntary decision, the dog with no connection to any of the human participants was displaying fascinating canine behavior. One can only assume that the dog wanted to be near the music purely for its own enjoyment or relaxation?

Bowman and the Scottish Society for Prevention of Cruelty to Animals in collaboration with the University of Glasgow researched that reggae and soft rock were actually more calming than classical music to dogs. They also found that music, such as rock, increased anxious agitated behaviors, including accelerated body shaking, and physical signs of nervousness. In all cases documented, pop music seemed to have the least effect on dogs concerning behavior. Sorry Ed Sheeran but dogs do not appear to think your songs are as “perfect” as us humans.

Just a quick google search and one can find many delightful videos of our doggy pals singing, talking, barking and more. Even though many of today’s domestic dog breeds have little resemblance or characteristics of their ancient wolf ancestors – they do still retain some traits. One of which is the use of sound for communication. What is even more interesting is how many of these videos are accompanied by music. It appears as though music creates some kind of response in dogs that encourages them to “speak”. Perhaps music really does sooth the doggy soul. Scientific analyses suggest that canines have a sense of pitch. Through recordings of wolf ancestors, we can see that different members of a group will change the tone of their “singing” when joining in a chorus. They all appear to want to sing in a slightly different pitch that goes along with the others. This is similar to what is observed in the many videos found on social media of our furry friends singing along to the latest chart hits.

This uncanny ability to determine pitch and tone in songs has proved useful to musicians across history. In fact, some of the most influential artists have their dogs to thank for some of their best work. Richard Wilhelm Wagner used to play alongside his Cavalier King Charles Spaniel, Peps. He noticed that Peps would respond differently to different melodies depending on their keys. This led him to the discovery of the concept of matching music to emotions. The result was how he described his work, such as the opera Tannhauser. Within Tannhauser, the key of E-flat major is linked to the concept of holy love and salvation whereas E major is tied to the feelings of sensual love and debauchery. Peps little tail wags and barks led to some of the most amazing musical performances.

Similarly, Dr George Robinson Sinclair, the organist at Hereford Cathedral in London, had a Bulldog named Dan. Dan was responsible for keeping participants of an attending choir in tune. When they sang out of tune, he would growl at choristers. The love of musicians have for their dogs has led to musical performances being dedicated to them. Composer Nurock created many performed including Howl in 1980 at Carnegie Hall, Sonata for Piano and Dog in 1983, and the Expedition in 1984. All of which were arrangements for both Siberian Husky and Jazz Trios. In each of the pieces dogs howled, barked and yipped along to the music.

So Can We Use Music to Help Our Dogs?

The answer may well be yes! Behaviorists suggest that music could benefit our dogs during training and other situations. Playing music has long been thought of as an effective method to calm dogs during what can be a stressful situation such as fireworks or traveling in the car. A newer suggestion is to play classical music during a doggy training session. As you are teaching your dog a new trick play some calming music and it is suggested to help your dog concentrate more.

If you’re not sure what to play to your dog, then don’t worry because fellow dog enthusiasts have done this for us. In recent years, scientists such as veterinary neurologist Susan Wagner have developed albums specifically for our fluffy friends. You can play these tunes as suggested in times you think your dog may need them. In the case of “Through a Dogs Ear” one of the most popular dog musical albums the idea actually came to pianist named Lisa Spector in 2003. Lisa had been raising puppies to serve the blind for years and one day, she noticed something fascinating. As a concert pianist for years, the piano was a natural place for Lisa, but little did she know it was for the puppies as well. Six fluffy golden Labrador pups tumbled under the piano as she played and were lulled into a sweet slumber. Lisa phoned Susan Wagner to tell her of this peculiar slumber and came up with the idea of an album of classical music for dogs.

So music really does affect our dogs, their advanced hearing anatomy and inherited traits have led to this species having an essential connection to music. Whether it’s to communicate with their companions, ease their stress or to help write the next famous symphony, dogs and music appear to have a symbiotic relationship. Throughout history, dogs have helped in making music, perhaps now it’s time to focus on using music to help our dogs. Maybe try playing classical music, reggae or soft rock to see what happens with your dog at home?

About the Author –  Danielle Moraviec 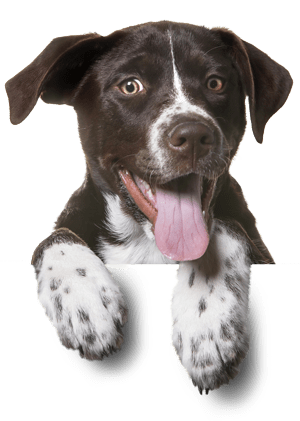